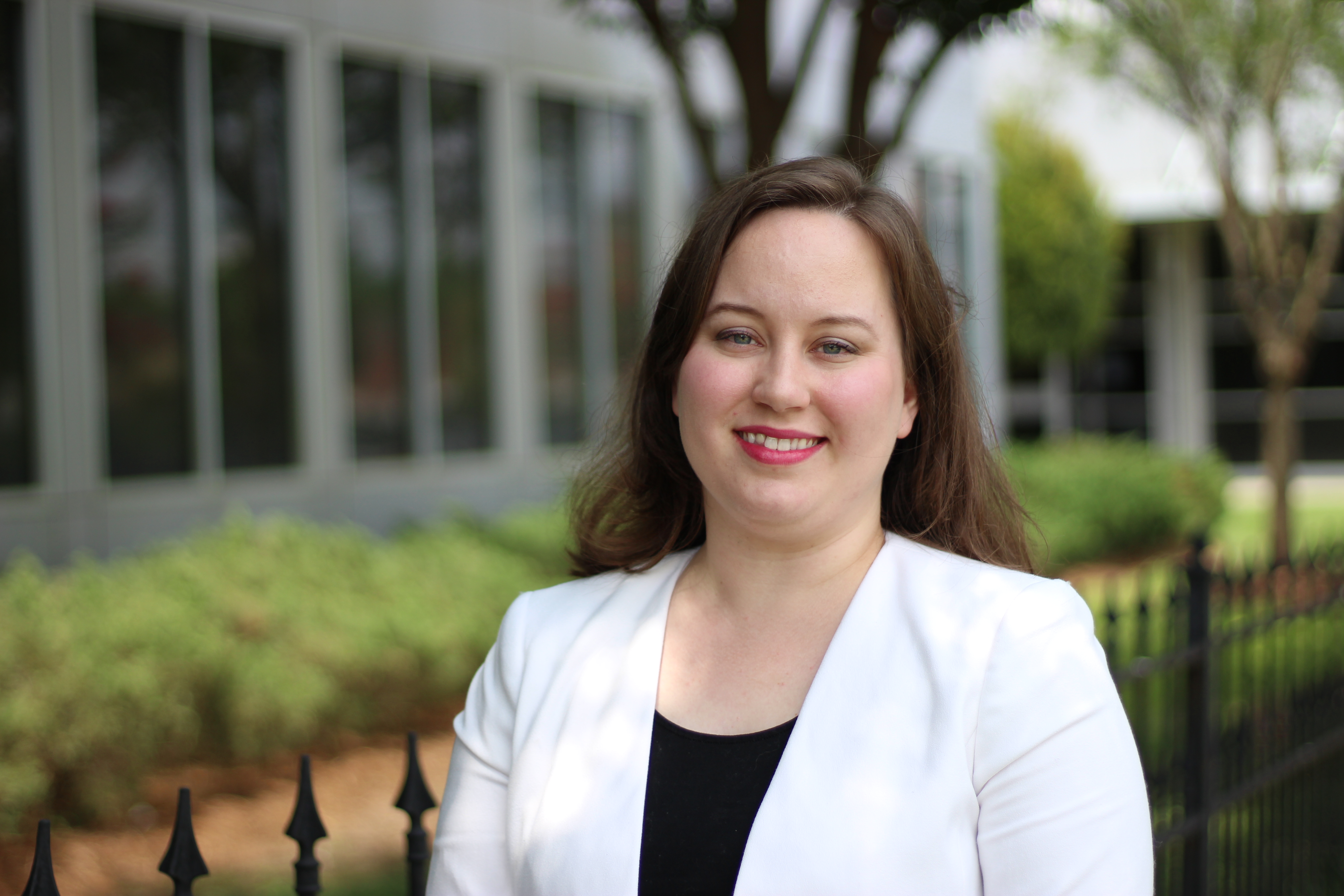 Kate Morgan serves as the new assistant director of academic success at the Mississippi College School of Law.

Enrolling more than 400 students, MC Law in downtown Jackson is a pretty familiar spot for the Laurel native. A 2013 MC Law graduate, Kate is delighted to return to her alma mater.

During her student days, her MC Law studies in the capital city proved to be a blessing. “MC Law provided me with abundant practical opportunities to engage in the local legal community,” Morgan said.

From being admitted to limited practice through the Adoption Clinic to working as an extern at the Mississippi Supreme Court, just blocks away in Jackson, Morgan is thankful for the doors MC Law opened.

“It facilitated my entry into a deeply empowering profession,” she said.

Morgan joined the MC Law faculty in June as the assistant director of academic success. Previously, Kate worked four years as a judicial law clerk at the Mississippi Supreme Court and the Mississippi Court of Appeals.

For the past three years, she served as a Legal Writing adjunct professor where she helped MC Law students writing appellate briefs.

In her new job, Kate will help students focus on the development of their skills as future attorneys. It ranges from self-regulated learning to reaching out to the local legal community.

MC Law is ranked among the nation’s top five most affordable law schools. Its grads are well-trained to enter the profession. Reports in August 2016 show the post-graduate employment rate at MC Law is 84 percent.

A 2007 Belhaven University graduate, Morgan serves as a member of St. Andrew’s Cathedral in Jackson. An accomplished musician, she worked as a violinist and violist before attending MC Law. She is the former director of the Ocean Springs Public Schools Strings Program.