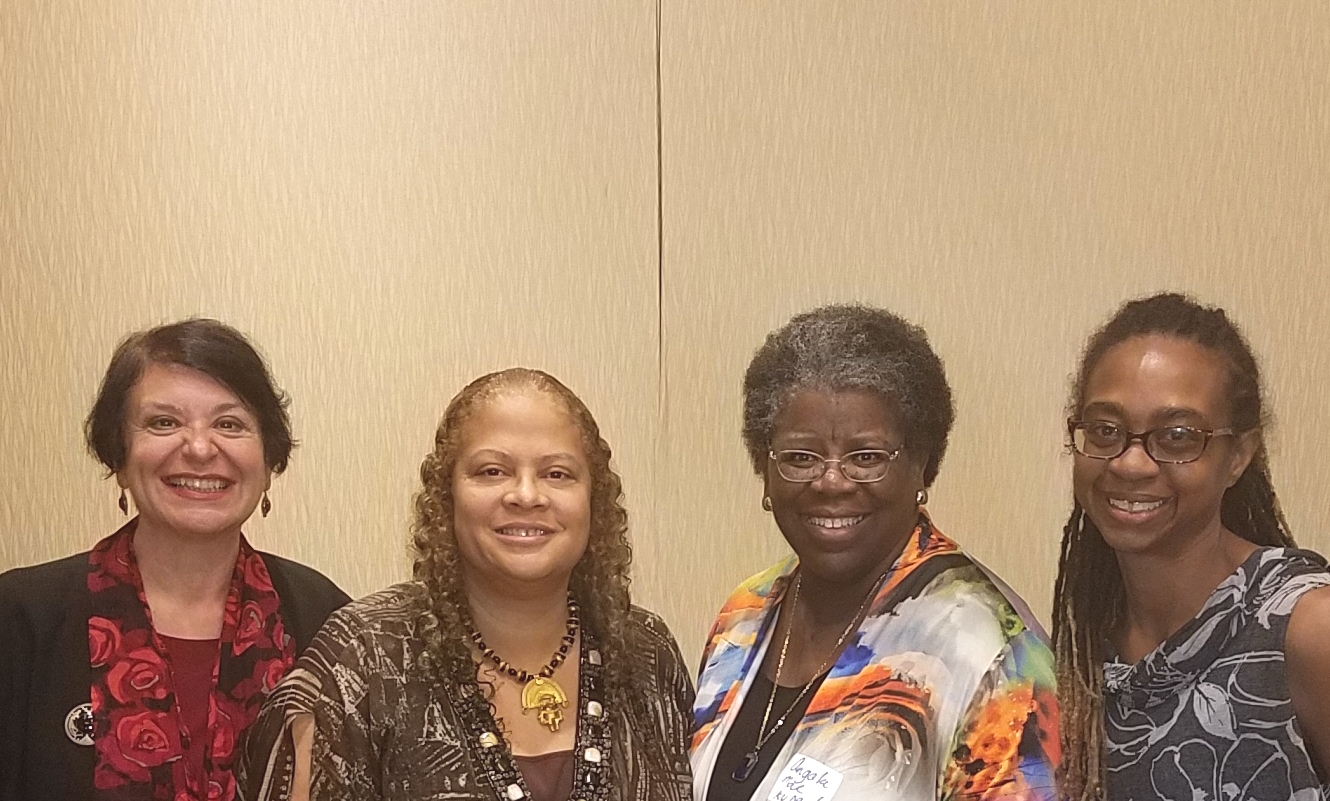 MC Law Professor Angela Mae Kupenda was invited by editors of the widely acclaimed book Presumed Incompetent to present on a panel reflecting on the book published 5 years ago and to propose continued strategies for academic women of color, especially post-2016. The Presumed Incompetent Revisited panel occurred at the biennial LatCrit Conference held this year in Orlando, Florida, September 29-30, 2017.

Their panel was well received by an overflowing room of attendees, as panelists debunked the myth that racism, sexism, and classism are of the past; and panelists then proposed strategies for women of color in academia. The panel and audience included legendary faculty of color who have been teaching for well over 25 years and others just entering the academy.

The editors selected Kupenda's chapter, Facing Down the Spooks, to be the lead chapter and set a tone for the book. In addition to Kupenda's scholarship on constitutional law and inequality, Kupenda regularly publishes about issues facing Black women and other women of color in America, and especially in academia.

Kupenda, who emphasizes collaborative learning and multi-disciplinary approaches in her law school courses she teaches, models such learning by working collaboratively with others in the law and in other disciplines.

In communion with her work with Presumed Incompetent, and follow up presentations/publications, Kupenda also has presented/published with members of the JSU ADVANCE team addressing climates faced by women of color even at minority serving institutions. The JSU ADVANCE grant is funded by the National Science Foundation. The Principal Investigator is Dr. Loretta A. Moore at Jackson State University.

Kupenda's presentation at LatCrit was based, in part, on a work in progress co-authored with several members of the JSU ADVANCE team, and motivated by the continuing and critical importance of JSU ADVANCE and that of Presumed Incompetent.

Several of Kupenda's related publications include:

Equality Lost in Time and Space: Examining the Race/Class Quandary through the lens of a course, a film, a book, a case and an unfinished movement, 15 Seattle Journal for Social Justice 391 (2016-2017);

‘Truth and Reconciliation:’ A Critical Step toward Eliminating Race and Gender Violations in Tenure Wars-- co-authored with Professor Tamara F. Lawson, 31 Columbia Journal of Gender and the Law 87 (2015);

Transforming Climates for the Academic Woman of Color: Facilitating Greater Understanding in the Workplace Climate and in Social Structures, Invited Paper, co-authored with Dr. Loretta A. Moore, Dr. Michelle D. Deardorff, Dr. Evelyn J. Leggette, in the Proceedings of The Twelfth Latin American and Caribbean Conference for Engineering Technology (LACCEI 2014);

To learn more about Professor Kupenda, read her full CV.